Why Should You Buy Spirit: Garden Inspiration

Because it is by Dan Pearson, who designs beautiful gardens and also writes so eloquently about plants…

In one section of ‘Spirit: Garden Inspiration’ Dan Pearson takes us to Japan…

“The gardens were a surprise for they are far more removed from the ‘natural world’ than I had ever imagined they could be. The compositions are a stylised vision of the landscape in which the elements have been meticulously edited and juxtaposed… my own work has shifted as a result, through the removal of the extraneous and the realisation that less can reveal more.”

But it is the pages on the Hokkaido Forest House we come back to in the book again and again – the words and photos have an unsettling effect on us – which illustrates exactly why this book improves our gardening, because to be unsettled is not a bad thing at all, it forces us to expand the way we think!

“Our host had been ‘gardening’ his forest… by repeatedly cutting the bamboo, forcing it to weaken and retreat, our host revealed in its wake a forest floor, which miraculously regenerated, from a seed bank left in the soil. Over the years this quiet man had been tending his twenty acres for diversity by steering the ecology… there was no digging, no conventional gardening practise happening here. By reading the balance between the plants in the forest and through a process of editing, he had heightened the natural ecology to a point that could only be described as breathtaking. This was a light touch with a broad vision, a vision that was about being part of the environment rather than dominating it.”

What is there not to like about that section? What if the gardening media encouraged this soft, low-impact approach, instead of earning their money by hard landscaping front gardens?

One of our favourite sections of the book is JP’s Cabin – a friend of Dan Pearson’s who had acquired 5 acres of land in Connecticut. Previously the home of a naturalist, the landscape around the building had been managed to provide a habitat for birds and other wildlife.

“An old Polaroid from the mid-eighties showed the clearing around the cabin as not much more than a meadow, but over time, and to provide touch-down places for the birds, he had allowed it to be colonised by shrubs. Wild cornus and various natives selected for their droops and berries had formed islands in the meadow… The meadows and the seedling trees and shrubs amongst them have to be edited, so they are selectively cleared in the winter to break the natural succession.

This is my ideal property: a humble building with an outlying barn, which is set in an environment that invites nature right up to the front door. There is no garden to speak of, save the pumpkin patch where Native American corn and essentials are grown for the kitchen, but the land is as rich an experience as you could ever wish for.”

A garden designer who can fall in love with a place that has ‘no garden to speak of’ is a garden designer to follow – removing the design from the realm of ‘art’ and giving it a wider purpose – to create a better world for people to live in. (The irony is, of course, that gesture immediately makes the work feel ‘artful’…)

This is a video from another of the gardens in the book – Lotusland, created by opera singer Madame Ganna Walska.

“The gardens… make no concession to gardening with nature, for Walska was interested in a larger-than-life aesthetic that was operatic in its way and certainly not lacking in drama.”

This is one of the most interesting threads about the book – it is not just a paean to gardens ‘Dan Pearson loves’, or a style of gardening that he is comfortable making… but it is a capturing of what he has seen – whether he agrees with it or not, it is all noted down to be thought about and learnt from.

This is probably gardening’s biggest strength – nature will always go its own way, so it is your job to just observe it, which in turn forces you to be less judgemental and to look for the best in what is on offer. It offers an emotional education, not just a physical one.

Dan Pearson is a true plantsman – just take a look at his must-have perennials. But he is also a writer you will take a lot from – so do pick up his book Spirit: Garden Inspiration

now – and open yourself up to a different way of gardening. (You can buy it now by clicking on the picture below!)

In 2020 I will be offering 5 talks – so if you are a Garden Club, Horticultural Society, WI, Probus group or club of some kind who needs a speaker, click on the link below to read a short document with all the details! Talks Information 2020 Darren Lerigo, Modern Mint Alternatively, you can scroll down and read everything on this blog post. There is an FAQ’s section included in both the download and on this page, but if you have another question that needs answering then please do get in touch with me and ask it. I’m happy to help! … 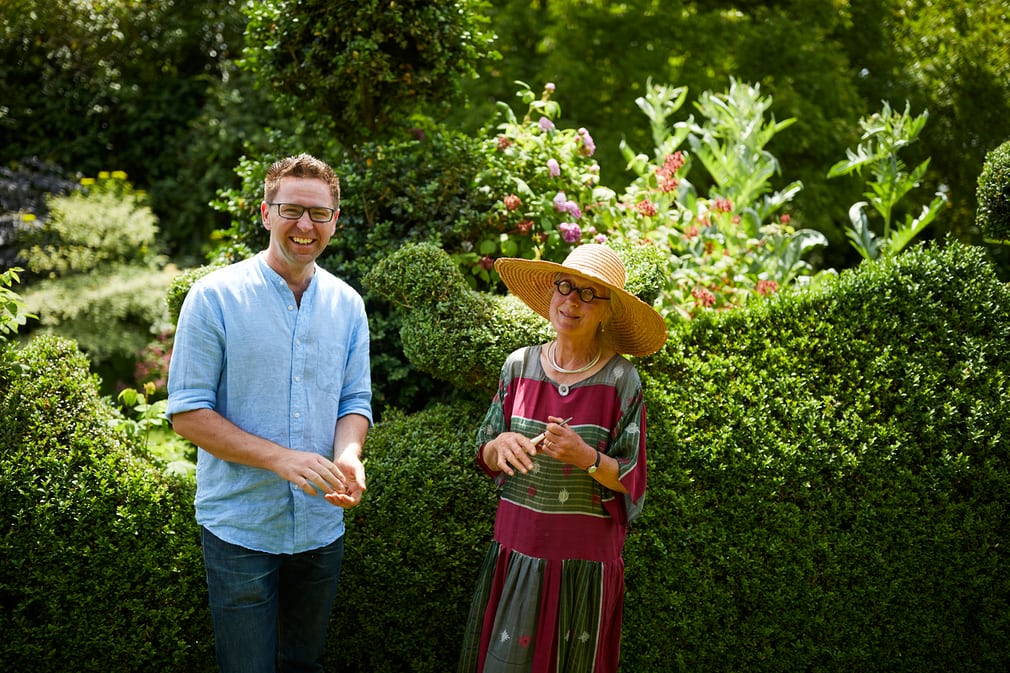 I am running a topiary workshop in 2020 with the wonderful topiary artist Charlotte Molesworth at her spectacular topiary garden in Kent. This is a topiary workshop where you will learn to clip, so be prepared to do some cutting. We start with a tour of the garden, which Charlotte and her husband Donald have been cultivating for 34 years. It is organic, full of wildlife and has the most extraordinary pruned shapes made from yew and boxwood. You can see more photos of the garden in an article in the Guardian here: Topiary Garden In Kent What Else Will …

On Monday night I gave a talk to the Hardy Plant Society Middlesex. Below are a few links for further information based on some of the ideas discussed in the talk: Real Seeds – a fantastic supplier of fruit and vegetable seeds for growers. Boxwood Caterpillar Advice – from the European Boxwood & Topiary Society. I will also write a little companion piece this winter with more information and some topiary techniques, so watch out for that on this website. Boxwood Lure & Nematodes – my preferred option for dealing with the caterpillar. Discount code for 10% off is EBTSBOX29GBZ …

“I am all over your site like a rash, just realised I cannot live another moment without a copper trowel...”

“Really enjoyed talking with you, your enthusiasm is so contagious! We checked out Modern Mint, and we would honestly buy everything on there if we could....”

“The quality of the tools exudes class. I can't recommend Modern Mint enough!”

“We will definitely recommend Modern Mint...”

“Thank you for sending me my lovely Nunki. I have recommended your site to another friend who will be buying from you soon.”