“As I grew more steadily comfortable in the kitchen, I found that, much like gardening, most cooking manages to be agreeably absorbing without being to demanding intellectually. It leaves plenty of mental space for daydreaming and reflection.” 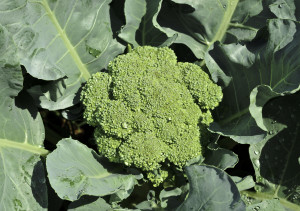 This post is about the Michael Pollan book Cooked: A Natural History of Transformation

. In our exploration of gardening and how it affects our lives we have found ourselves reading deeper and deeper into the connection gardening has with food – so this Michael Pollan book seemed a good choice to read, and are we glad we did…!

He looked into the affect the four classical elements – water, air, earth and fire – have had on the human ability to transform the raw material of ‘foodstuff’ into something nutritious and tasty. So we learn from him about how the roasting of a pig over a fire can bring a community together, how braising a joint of meat with vegetables can bring a family together, how baking bread can give us back our independence and change us from consumer to producer, and how the pickling of vegetables (or the brewing of beer) can help our health and take us into a world of microbes and gut bacteria. Pleasant (and fascinating.)

Throughout the book we get his share of experience as he learnt how to cook with the four elements, and the end of the book gives us four recipes to try, but the best part of the book is the glimpses into the lives and crafts of the people who taught him – the chefs, bakers, fermenters and cheesemakers who are obssessed by the universes they reside in – you may never have heard of them, but they are people who strive and know a huge amount about their field.

This happens too in the UK gardening world – there are many unknown people out there who have a little bit of land and are just exploring and experimenting with plants – the growing of them, the multiplying of them, the breeding of them… it is a fascinating undercurrent of society that is rarely talked about in the papers (why would a researcher of the best plants for bees be well-known, until the research was done and proved correct?) We remember reading a book by the chef Dennis Cotter – Wild Garlic, Gooseberries and Me: A chef’s stories and recipes from the land: A Chef’s Stories and Recipes from the Land

– and in it he talks about the farmer who grows the vegetables for his kitchen. He writes beautifully about how the man grows him a multitude of courgettes, in different colours and sizes and textures, creating a midsummer symphony from this prolific vegetable. It is art, it is craft, it is magic, made possible by the one allowing his imagination to flair while the other can give him an audience with whom to share it.

These are the kind of people you will find in Michael Pollan’s book – bakers like Chad Robertson and Richard Bourdon. Chefs like Bittor Arguinzoniz, cheesemakers like Sister Noella the cheesemaking nun, or fermenter (fermento?) Sandor Katz.

Here are some quotes from Michael Pollan…

“Specialisation (allowing others to cook for you so you can work another hour in the office) is undeniably a powerful social and economic force. And yet it is also debilitating. It breeds helplessness, dependence, and ignorance and, eventually, it undermines any sense of responsibility. Our society assigns us a tiny number of roles: we’re producers of one thing at work, consumers of a great many other things all the rest of the time, and then, once a year or so, we take on the temporary role of citizen and cast a vote. Virtually all our needs and desires we delegate to specialists of one kind or another… before long it becomes hard to imagine doing much of anything for ourselves – anything, that is, except the work we do “to make a living.”

… perhaps what most commends cooking to me is that it offers a powerful corrective to this way of being in the world, a corrective that is still available to all of us. To butcher a pork shoulder is to be forcibly reminded that this is the shoulder of a large mammal, made up of distinct groups of muscles with a purpose quite apart from feeding me. The work itself gives me a keener interest in the story of the hog: where it came from and how it found its way to my kitchen. In my hand its flesh feels a little less like the product of industry than of nature.

… Cooking has the power to transform more than plants and animals: it transforms us, too, from mere consumers into producers… to alter, however slightly, the ratio between production and consumption in your life.”

“Greek priests would sprinkle water on the sacrificial animals brow, causing it to shake its head in a gesture they chose to interpret as a sign of assent… many of the elements of ritual sacrifice begin to look like a set of convenient rationalisations for doing something we feel uneasy about, but need or want to do anyway. The ritual lets us tell ourselves that we kill animals not for our dining pleasure but because god demands it; that we cook their meat over a fire not to make it tastier but because the rising smoke conveys the offering to the heavens.

“I loved the idea of this underground baker out there in the middle of nowhere, working through the night in perfect solitude… a restaurant kitchen is a hectic, loud, chaotic place… a bakery is a monastery by comparison.”

“Baking has begun to feel a lot like gardening… gardening successfully depends on… the green thumb’s ability to notice and absorb everything going on in his garden… (and) the knack for imagining what his plants and soil want.”

“Charcoal is the enemy.”

“He believes cooking is all about sacrifice, though I soon realised he was referring to the sacrifice of the chef himself, rather than that of the creatures he cooks.”

“Bittor’s cooking, at once so elemental and so delicate that it becomes a meditation on the nature of cooking itself.”

“There is no ‘right’ way to ferment anything, no hard and fast rules… “nature imperfectly mastered”… stands as a pretty good definition.”

“Take the most you can from nature with the least amount of effort. So, instead of doing all the work of digestion ourselves, we let the bacteria do it for us.”

“Mastery of the fermentation arts could also help us break the dependency of consumerism, rebuild local food systems (since fermented foods allow us to eat locally all year long) and rediscover the ‘pleasures and wonders of transformation’… (it) gives us the opportunity, so rare in modern life, to work directly in our own support, and in the support of the people we feed. If this is not ‘making a living’ I don’t know what is.”

“Medical researchers are coming around to the startling conclusion that, in order to be healthy, people need MORE exposure to microbes, not less; and that one of the problems with the so-called Western diet – besides all the refined carbohydrates and fats and novel chemicals in it – is the absence from it of liveculture foods.”

“Maybe it’s because fermenting has so much in common with gardening, work that has always suited me temperementally. Like a gardener, the brewer and the baker, the pickler and the cheesemaker all find themselves engaging in a lively conversation with nature.”

On why you should take the time to cook

“(There is) the pleasure of learning how a certain everyday something gets made, a process that seldom turns out to be as simple as you imagined, or as complicated…. but even better, I found, is the satisfaction that comes from temporarily breaking free of one’s accustomed role as the producer of one thing – whatever it is we sell into the market for a living – and the passive consumer of everything else…. the opportunity to produce something material and useful, something that contributes directly to the support of your own body (and that of your family and friends,) is a gratifying way to spend a little time – or a lot…

…. though it is certainly cheaper and easier to rely on untold, unseen others to provide for our everyday needs, to live that way comes at a price, not least to our sense of competence and independence. We prize these virtues, and yet they have absolutely nothing to do with the efficiencies of modern consumer capitalism… of all the roles the economist ascribes to us, consumer is surely the least enobling. It suggests a taking rather than a giving.”

Cooked, by Michael Pollan is a fascinating book about not just how to cook, but also why to cook – a modern manifesto for taking back your independence and learning a skill that has defined our human evolution – the ability to cook.

You can get this Michael Pollan book here at Amazon. 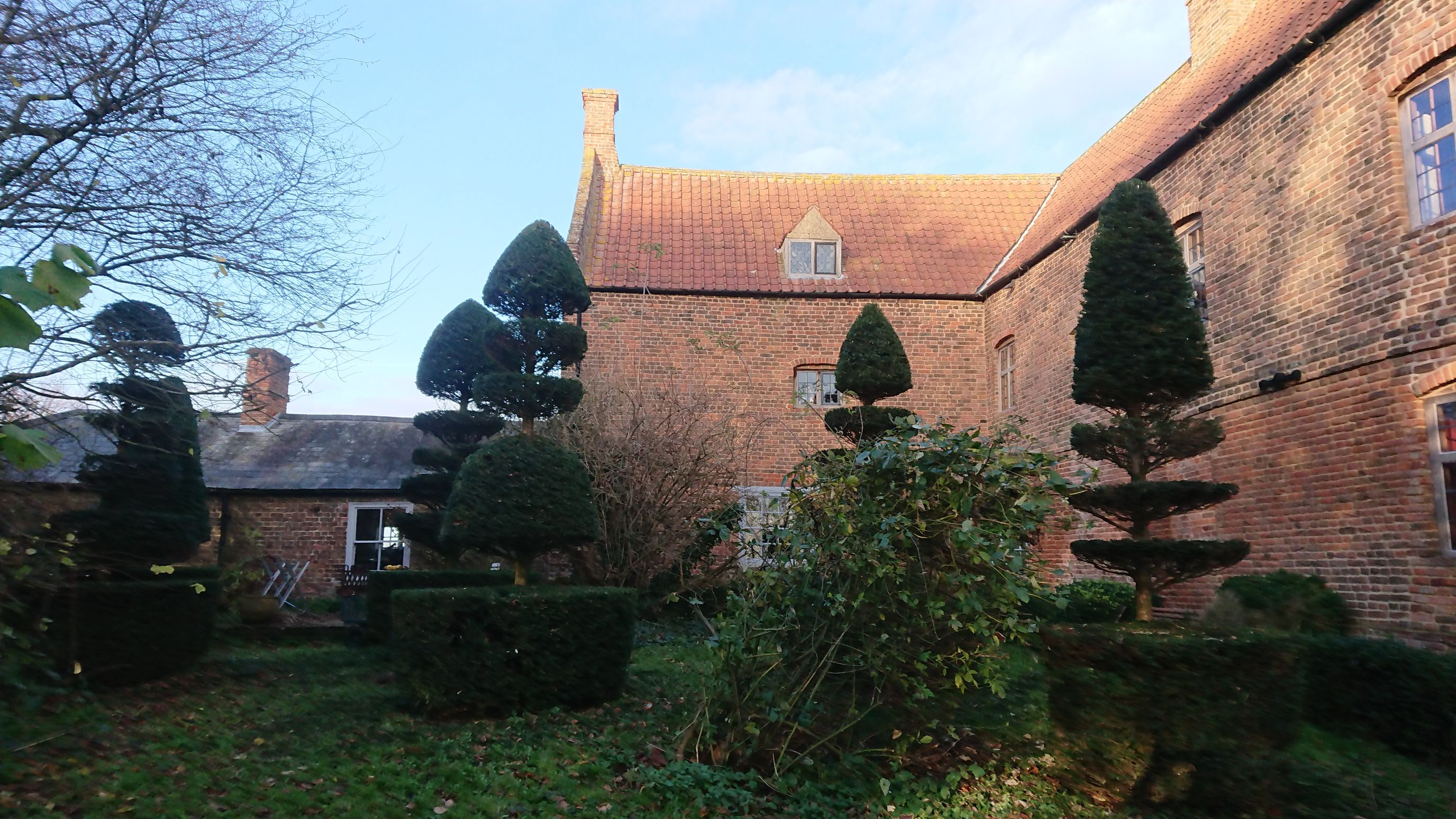 Topiary Teaching For You

I am an experienced teacher of topiary and pruning, running workshops in the topiary garden of Charlotte Molesworth in Kent, as well as for The English Gardening School and The European Boxwood And Topiary Society. So if you are a keen gardener, a garden club, a group of friends who want to know more or even an absolute beginner who has been bitten by the gardening bug, then do contact me about what you might like to learn. What a laugh we are having in this workshop session I ran for a group of friends in Essex… Many people employ …