Interested in big things, and happy in small ways… 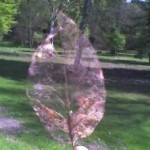 It was Edith Wharton who wrote the words that give us the title of this post, and they seem to match well to the act of gardening.

Gardening has the power to make you calmer and less stressed. Jokes about the National Health Service becoming the Natural Health Service are common – when you see a Doctor and all she prescribes is ‘go out, walk more, be less stressed and lose some weight’ but there is something to it – being outside in ‘nature’ is beneficial. There is prominent data collected on the health benefits of views of nature for those recovering from surgery, that patients recovered quicker, caused nurses less problems and took less painkillers than those patients who were kept in similar rooms with a window that looked out onto a brick wall.

The work itself – popping a seed into compost, or weeding a pathway, or cutting a flower for the house – offers itself gallantly to creating little moments of joy, but we feel it also does more than this, if the work is extended. A two hour stint working your way through a flower border, cutting back, dividing, standing back to see what could be moved or taken out completely… it stimulates the mind in a gentle way. The pattern of the internal monologue shifts its position. Space opens up and viewpoints are less rigidly adhered to.

This then allows an interest in ‘big things’ – for us, when we first started gardening, it bred questions about the seasons and what grows when (after all, our generation has been divorced from this because food was so readily available, all year round, flown in from other countries.) The question of ‘where does food come from?’ then moved on to thoughts like – where plastic goes when we throw it away? How did the landscape form into these hills, with these trees on, with these birds? How come having enough parking space for employee cars is prioritised above giving those same employees something life enhancing (and beneficial to health) to look at during their lunch breaks?

An interest in big things then gets even bigger. The world’s leading commodities like coffee, cotton, sugar, wheat and soybeans can be traded on the futures exchanges – vast amounts of money can be made on them – but without the free natural resources needed to grow these crops there will be nothing to sell. The more you garden, the more intuitive it becomes, the more you see the distortion of natural resources. The loss of these resources will lead to a higher cost to the economy in the long term, as it is animals and plants that do a lot of ‘cleaning up’ of the planet, normally completely unseen and absolutely free of charge. The future for commercial gains is in walking hand in hand with nature. So you begin to ask more questions, like what if these corporations were educated on the dwindling resources and told to pay a subsidy if they wished to protect them, and so their own future cash resource? It is the CEO’s job to make a profit, but if that short term goal is at the expense of the long term life of the commodity, shouldn’t the CEO look wider and further to ensure the companies future? It is business, not art, that will make the most positive contribution and so to these people we should go with our ideas.

(We’d like to think that isn’t idealistic, that people who run corporations are smart enough and open enough to think about this. Then you read the baffling announcement made (detailed in this book What Has Nature Ever Done For Us?: How Money Really Does Grow On Trees

) by the founder of Hoang Anh Gia Lai, which is a dynamic, fast growth, billion dollar enterprise. He was quoted as saying, “natural resources are limited, and I need to take them before they’re gone.” He sees himself ending up as the winner, when in fact he is in a race no more profound than who will end up as the survivor. It may be tougher to convince the people who can make a difference than we think…)

This is another theme that comes up again and again when you start gardening – the emphasis society places on growth. Not strictly speaking of plants, but speaking in sheer yield of money, food, friends, connections, cars, spare rooms in the house… well, you get the point. More is better.

Perhaps though, more is better. Natural resources like clean water, oceans with fish in, wetlands that stop mass flooding, soil that stores carbon, pollinators that mean humans don’t have to do such a labour intensive job by hand (over a million bee hives are needed to pollinate the almond trees in Central Valley, California… over 1 million hives trucked in from around the US to do the job… imagine finding and organising enough people to take over if the bees didn’t do it? What would that actually cost us?! Better to outsource the management to the bees, without doubt..!) pest control and carcass disposal by birds, fertiliser made by beetles from dung, oxygen produced by plankton, forest cover that captures rainwater for use elsewhere (think the Virtual Water we use) – all of this has been in decline, so perhaps more is better if we were to work on recreating the habitats and eco-systems that allow these services to function.

Though it won’t be that easy to recreate what has already been lost. The planet after all has never been a linear entity, moving logically from one step to the next… the planet works because it is chaotic, constantly shifting, allowing new ideas to test themselves and mutate… if you like, the planet seems to work in many small ways, and you only realise the sheer scale of what it produces when you step back from it and see it in its entirety.

Back to Edith Wharton:

“… one can remain alive… if one is unafraid of change, insatiable in intellectual curiosity, interested in big things, and happy in small ways.”

Nature teaches us this, gardening teaches us this, the planet itself lives this. So if you do anything this weekend, encourage those around you to be happy in small ways, because it will breed big thoughts… and do the same for yourself.